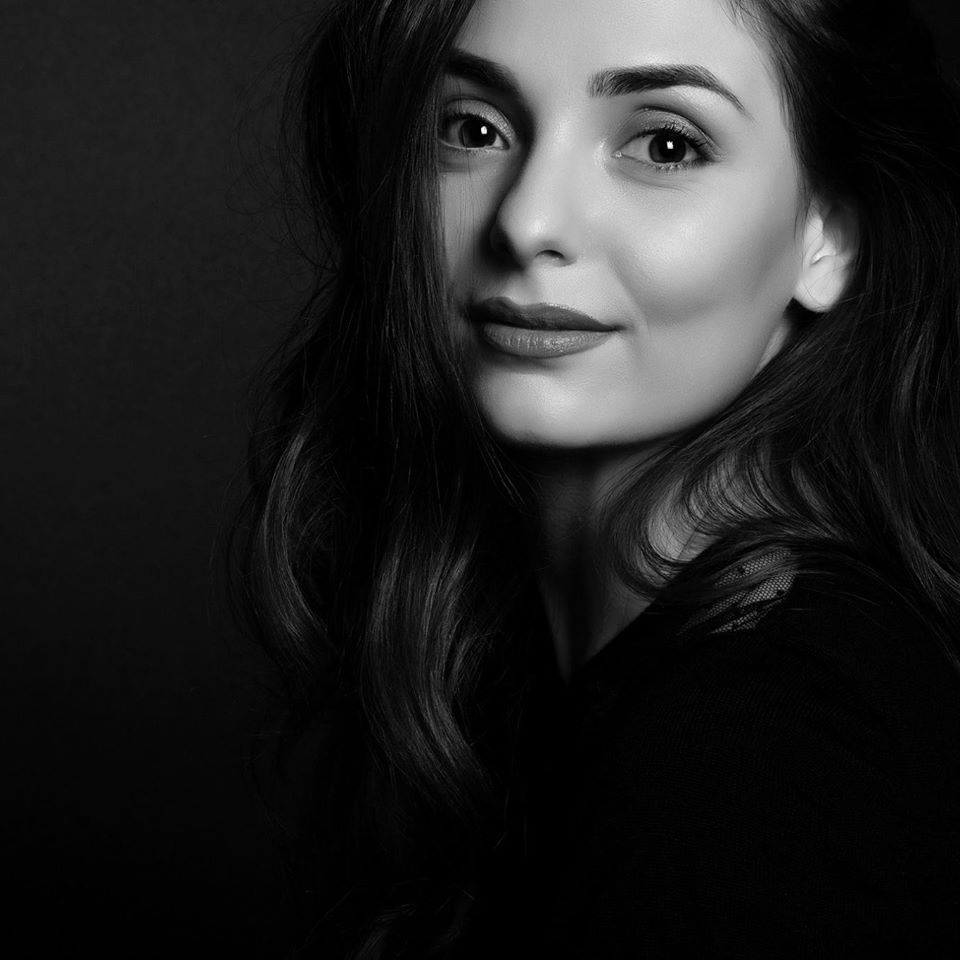 Name:
Ani Avetisyan
Department
Asian & Middle Eastern Studies
College
St John's, Cambridge
Where are you from?
Armenia, Yerevan
Area/s of Interest or Study
Semitic Studies, Jewish Studies, Judaeo-Arabic Linguistics My PhD research focuses on the MS No.1751 Judaeo-Arabic medical manuscript preserved in the Scientific Research Institute of Ancient Manuscripts of the Matenadaran Museum in Yerevan. The Matenadaran MS No. 1751, an eighteenth century unstudied Ottoman medical miscellany, contains texts of three medical treatises and a glossary of medical terms in Judaeo-Occitan. In the course of my research, I will examine each treatise separately from a linguistic perspective. The comprehensive analyses of three different texts bound together into a single volume would expose the grammatical features of this particular medical register, with the aim of establishing the degree to which linguistic variation exists among the written Judaeo-Arabic of those early modern medical texts. The parallels will be consistently drawn between their earlier original Arabic and if possible Judaeo-Arabic versions. I will then place the MS No.1751 in the socio-cultural context in which it was produced as well as in the wider history of medieval medical treatises and manuscripts of the Genizah. This would challenge the entire narrative of having post-medieval medicine transmitted only in Hebrew. Apart from the linguistic analysis I will strive to compile a glossary of medical terms based on the evidence of the three treatises and the glossary of medical terms in Judaeo-Occitan.

Along with Yiddish and Ladino, Judaeo-Arabic occupies a special place of significance among post-talmudic Jewish languages. A unique history of Judaeo-Arabic extends from ninth century to the present, thus making it one of those few languages with longest recorded history. It has had the widest geographical diffusion, extending from Iraq and Yemen in the East, to Spain and Morocco in the West during the Middle Ages. And finally, it was the medium of expression for one of the foremost periods of Jewish cultural and intellectual creativity. Throughout the past century, a considerable amount of scholarship has been produced as a result of various editions, translations, and interpretations of medieval Judaeo-Arabic literary and documentary texts, particularly those from the Cairo Genizah.

Judaeo-Arabic is a religiolect spoken and written for the most
part by Jews on Jewish topics and for a Jewish readership. Judaeo (or Middle)
Arabic was probably spoken as early as the 7th century, and its written form
goes back to the 10th/11th centuries (no Jewish literary works composed in
Arabic prior to the ninth century have been preserved). It is common to
divide the history of Judaeo-Arabic into five main periods: Pre-Islamic
Judaeo-Arabic, Early Judaeo-Arabic (8th to 9th centuries), Classical
Judaeo-Arabic (10th to 15th centuries), Later Judaeo-Arabic (15th to 19th
centuries) and Modern Judaeo-Arabic (20th century). In general, texts from
these periods exhibit many more dialectal elements than attested in earlier
periods. According to B. Hary, one of leading experts of Judaeo-Arabic, Later
Judaeo-Arabic saw the writing of texts (mostly religious) aimed at the
general public and not only the elite. Towards the end of the 19th century
and during the initial period of Modern Judaeo-Arabic, a process of extensive
collecting of folk tales and other types of popular literature emerged, as
well as the tradition of the šarḥ, which is the translation of Hebrew
sacred texts into Judaeo-Arabic. There are several major features peculiar to
Judaeo-Arabic texts, which exhibit their uniqueness on the one hand and their
Jewishness on the other: it is typically written in Hebrew letters, and since
the Arabic alphabet is larger than the Hebrew one, additional diacritic marks
are added to some Hebrew letters when rendering Arabic consonants that are
lacking in the Hebrew alphabet (Judaeo- Arabic authors often use different
letters and diacritic marks to represent the same Arabic consonant. For
instance, some authors use ג (Hebrew gimel) to representج (Arabic jim) and גֹ to represent غ(ghayn), while others reverse the two. This inconsistency
increases the level of ambiguity of a given word, making the reading of
Judeo-Arabic texts a challenging task even for an Arabic speaker. For instance,
the letter י (Hebrew yod) sometimes
represents the letterي   (ya)); and the frequent occurrence of Hebrew and Aramaic words
and phrases, scattered among the Arabic text.

Whatever the amount of Hebrew words and phrases, they do not,
however modify the main structure of Judaeo-Arabic: with some rare cases, the
Hebrew words are infiltrated into the patterns of Arabic to the degree that
they almost entirely are adapted to its structure. Consequently, where the
ratio of Hebrew elements is high, Judaeo-Arabic texts can be considered as
treatises written in Arabic containing Hebrew phrases. The degree of Hebrew
component is determined by the personal style of the author, upon the
literary genre (texts belonging to the realm of religious studies and
addressed to a public versed in religious literature contain high percentage
of Hebrew words, phrases, and sentences), and upon the presupposed Hebrew as
well as Aramaic knowledge of the intended audience. Thus, the use of Hebrew
script and the occurrence of Hebrew words and phrases are the external
distinguishing marks of Judaeo-Arabic, the intrinsic character of which is
revealed in its appeal to Jewish communities and use of Jewish topics. In
addition to these features, Judaeo-Arabic texts contain a mixture of elements
of Classical and post-Classical Arabic, dialectal components,
pseudocorrections, and pseudocorrections that have become standardized. It
also possesses a number of specific additional sociolinguistic and
sociocultural features that set it apart.

Judaeo-Arabic is then the crossroad of Classical Arabic, Arabic
dialects, Hebrew and Aramaic. This very peculiar composition of linguistic
elements places Judaeo-Arabic in a special position to examine sociolinguistic
features such as continuglossia, language continuum, code-mixing, and
code-switching, registers and style, and language or dialects in contact.

Two exercises will help students to get acquainted with Judaeo-Arabic script: to read and transcribe some basic sentences from Judaeo-Arabic to Arabic and vice-versa.