‘Gaming' the system: Playing videogames for my degree 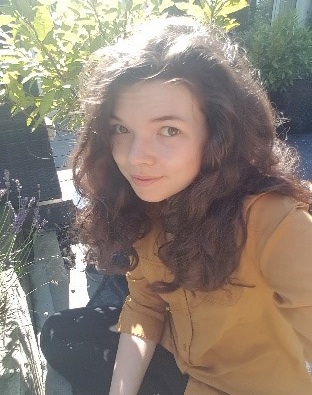 Name:
Ms Charlotte Husnjak
Department
Faculty of Education
College
Homerton College
Where are you from?
West Wales
Areas of Interest/Study
Charlotte is an MPhil candidate at the University of Cambridge, studying Critical Approaches to Children's Literature. Her research focuses upon constructions of childhood and animality within young people's literature, particularly in relation to hierarchies of power and consumption. Charlotte graduated with starred First-Class BA in Education from Homerton College in 2020, for which she received the Foundation and Horobin Awards.

In this resource pack, I will introduce the concept of 'higher' and 'lower' literatures, before breaking these concepts down through showing how every piece of media and art should be equally analysed, especially when they are used for educative purposes. I will outline how to academically conduct videogame analysis through utilising my undergraduate final dissertation as an exemplar (written for my Education BA at Cambridge last year), which investigated sociocultural constructions of 'childhood' within the Animal Crossing (Nintendo, 2013) videogame franchise. I will also provide advice and guidance on how to formulate your own research project on videogames. I hope to encourage viewers to think critically about the media they consume, and how they may be able to translate their own passions into their studies, hopefully deconstructing their preconceived notions surrounding what is ‘suitable’ for academic research.

What is this resource pack about?

This possibly wasn’t a topic that you were expecting to come across in a collection of resources written by Cambridge students, was it? Well, surprisingly enough, ‘academia’ doesn’t just have to involve discussing very dense philosophical texts, or works of fiction published far before you were born. This resource aims to introduce its readers to the vast array of possibilities that exist for a young researcher in regards to academic writing, aiming to deconstruct notions of whether or not an individual narrative is ‘worthy’ of academic analysis.

How does this link to education?

There is clear evidence that children’s literatures and media exists as an educative tool. The earliest forms of ‘children’s literature’ came in the form of morality tales. From Aesop’s Fables to numerous fairy tales written by Perrault, Anderson and the Brothers Grimm, these stories exist to teach the child reader (or listener, as these stories are often read by adults to the children in their care) a ‘life lesson’, or warn them against behaviour that is seen as inappropriate or taboo in the society within which they exist. Therefore it is arguable that these stories serve as an educative tool to produce citizens who behave and think in an manner appropriate to their specific context, so that the current society and culture may be perpetuated, and ideally advanced. Here we may draw correlations between literature as an educative tool and classic Aristotelian and Platonic concepts of the citizen and the state, and comment on how the majority of children’s literature is written, edited, published, printed and bought by adults for children. The power dynamic established here provides further evidence of the educative or instructional motive behind much of the literature and media that the younger generation consumes.

Though the field of videogame theory is somewhat belittled by those who don’t view videogames as a ‘legitimate’ form of either art, literature or education, I would argue that any form of media that is consumed on a large scale is worth crediting with analysis and criticism. Videogames are a dominant and ubiquitous part of modern media ecologies, with 2.2 billion people playing them as of 2018 (Foulston & Volsing, 2018). A recent report published by OFCOM (2017) focused more on the demographic of young players, and found that 66% of 5-7 year olds play videogames for nearly seven and a half hours a week, 81% of 8-11 year olds play for around 10 hours a week, and 77% of 12-15 year olds play for around 12 hours a week. According to this data, all of the age groups previously listed spend more time playing videogames than they did reading fiction for pleasure. Though it is worth noting that by ‘reading’ the report only refers to fiction novels, and therefore doesn’t take into account other forms of reading, such as non-fiction reading or the reading performed on social media. Still regardless of the latter claim, it is evident that videogames form a significant part of children’s media consumption. Furthermore, videogames, like other forms of literature and film, contain a narrative, usually contain some form of verbal text, visuals and the need to navigate said narrative to create meaning. The interactive element of videogames, though not a traditional aspect of the various forms in children’s literature studies, is attractive to many young players. This, along with the need to adapt our definition of ‘literature’ to move with an increasingly technological society, reinforces the need to include videogames within our studies of children’s literature. Analysing videogames will allow for researchers to discuss and critique the (literally) encoded values within one of the most popular entertainment forms for children today, and the development of new digital literacies. We will further this discussion in the rest of this resource pack.

What else is in this resource pack?

The first accompanying PowerPoint, and attached audio resources, will dive deeper into how we begin to question assumptions surrounding why popular media is not analysed or researched on the same level as more ‘traditional’ forms of literature. The second set of slides and recordings will take a case-study approach to videogame research. I will outline the research process behind my final-year undergraduate dissertation, which investigated the representations of childhood within the videogame Animal Crossing: New Leaf (Nintendo, 2013). Both sets of slides will contain a list of references, if you want to find out more about the topics we will discuss. I hope that both presentations inspire you to look deeper into your favourite titles, considering them from new angles. If you are interested in engaging with further reading surrounding videogame research, links to further readings can be found below. So, without further ado, welcome to the wonderful world of videogame research!

This activity sheet will help you to solidify your understanding of how a videogame creates meaning. It will also prompt you to formulate ideas for your own research project.

A copy of the first set of powerpoint slides with transcripts (in notes).

A copy of the first set of powerpoint slides with transcripts (in notes).