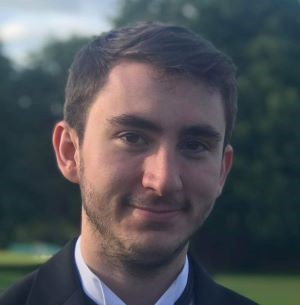 Anatomy is at the core of the veterinary profession. Here we will begin to understand and learn the canine skeleton and key muscles which move it.

Bones of the canine forelimb, hindlimb and spine

The skeleton is the basis from which all anatomy is based. Here we will look at the canine bones of the forelimb, hindlimb and spine.

We will start with the forelimb bones. This is the scapula bone:

In cats the scapula bone is said to be hemi circular and smaller. It is also said to have 2 prongs coming out of the spine whereas in dogs there is only 1. The scapula bone forms the shoulder joint with the humerus.

The humerus bone is quite thick and is said to have a head (at the top), a shaft (main body of the bone) and a trochlea (at the end of the bone). The deltoid muscle is the main shoulder flexor (decreases the angle between two body parts) and inserts at the deltoid tuberosity of the humerus at number 3 in the diagram. The supraspinatus muscle does the opposite function to the deltoid, it is the main shoulder extensor (increases the angle between two body parts) and inserts on the greater tuberosity at number 4. The humerus then articulates with the radius and ulna bones at the elbow joint.

This is the ulna bone. It can be identified by its ‘U’ shaped indentation at the top known as the semilunar or trochlear notch. As the bone progresses it gets thinner.

This is the radius bone. It is a standard bone with no particularly defining features.

The main flexor of the elbow joint, the biceps muscle, inserts at the radial tuberosity (6).

The radius and ulna bone interact with the manus or foreleg.

If we move onto the hindlimb bones we start of with this bone, which is the pelvis bone.

This is actually half of a pelvis. This is the left side. The 2 halves would be fused at the pelvic symphysis (letter A in the diagram). The pelvis is formed from the fusion of three individual bones – the ilium (B), the pubis (C) and the ischium (D). The ilium bone is said to have a neck (where it narrows towards the pubis), a wing (curved feature) and a crest (flat surface). The pubis and ischium bones have an obturator foramen (hole). The obturator nerve and artery pass through this hole to supply blood and control some of the muscles of the hindlimb. In the pubis bone, is the acetabulum which is the hip socket. It is an inverted ‘U’ shape from which the femur bone forms the hip joint.

The femur bone is similar to the humerus bone as it is quite thick but, like the hindlimb overall, it is longer. It is also starts with a head, then a shaft and ends in a condylar region (lots of bumps and grooves).

The ilio-psoas muscle is the prime hip flexor and inserts onto the lesser trochanter (7) which is on the caudal (facing the tail) side of the bone. The prime hip extensor is the biceps femoris muscle which inserts onto the cranial (facing the head) side of the bone (8) towards the condylar region. The patellar – or knee cap bone – would also be present in the groove at E on the diagram.

The joint between the femur, tibia and fibula is the knee joint, also known as the stifle.

This is the tibia bone. It has a roughly irregular triangular cross section from the top. The flattish surface at the top is known as the plateau.

The fibula bone in comparison is very thin and quite delicate. The tibia and fibula bones form the hock joint with the hindfoot.

This is the hindfoot – also known as the pes.

If we now move on to the spine of the canine, we find that there are 5 main regions of the vertebrae.

From the head down to the neck are 7 cervical vertebrae. These vertebrae are quite flat in shape compared to the rest. 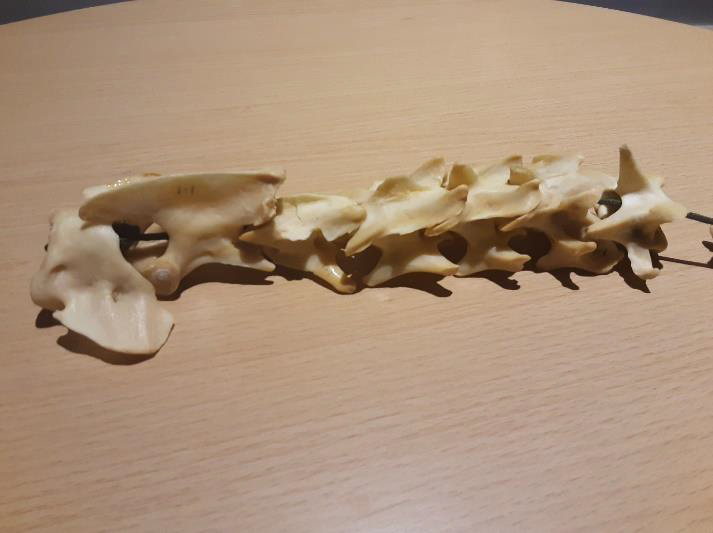 The first cervical vertebrae (referred to as C1) is also quite unique in that it has 2 flat wings either side – it is also called the atlas. C2 is known as the axis. 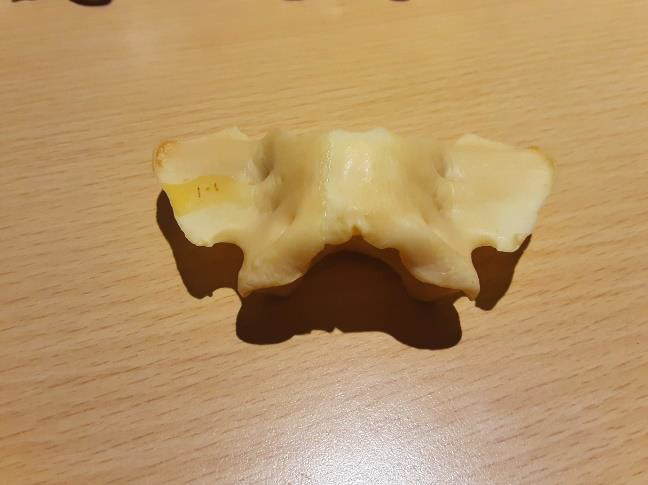 From the neck down to the diaphragm we have thoracic vertebrae. There are 13 in most domestic species. These vertebrae have large, long neural spines projecting upwards. 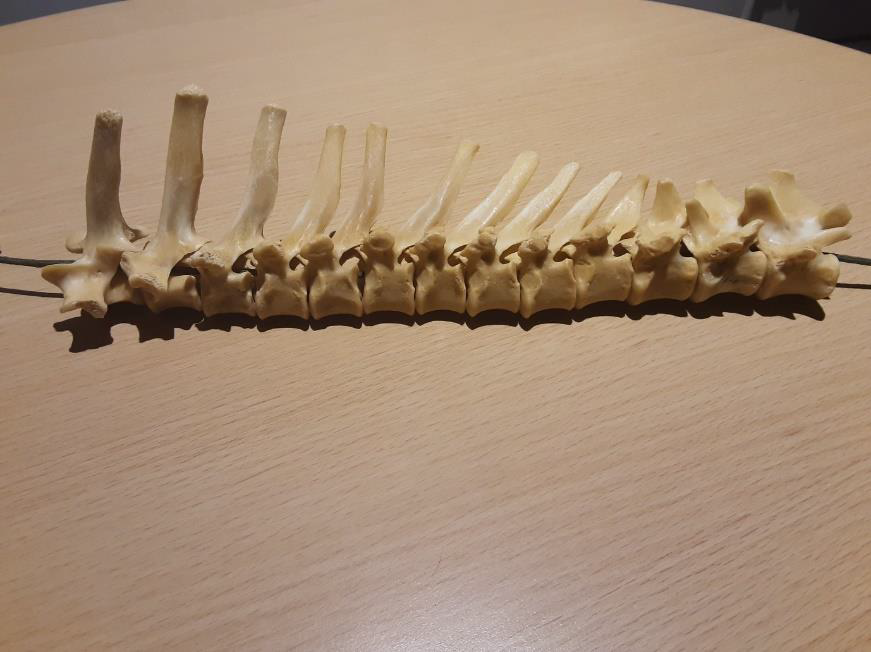 From the abdomen down towards the pelvis we have the lumbar vertebrae. There are 7 of these in total in most domestic species. These are a lot thicker than the cervical vertebrae but have a shorter neural spine compared to the thoracic vertebrae. They also have fairly large transverse processes projecting outwards on both sides. 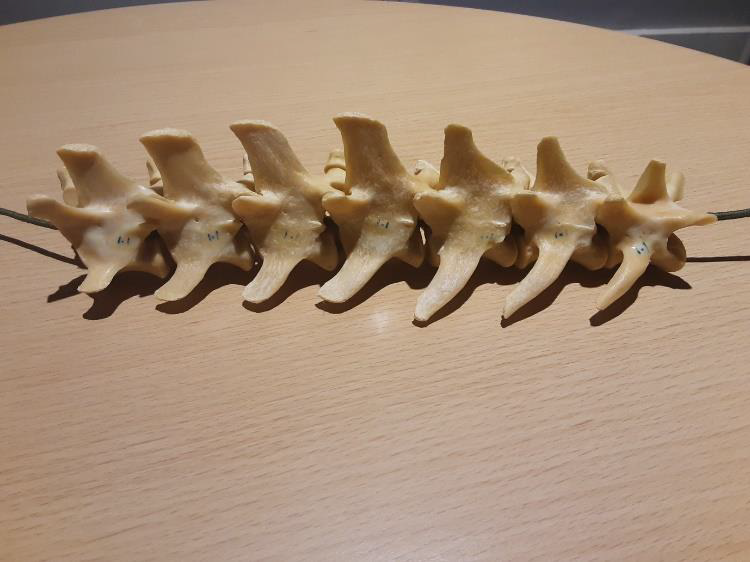 At the pelvis region, we have 3 fused sacral vertebrae. You can just about make out 3 independent neural spines from where they fused together. 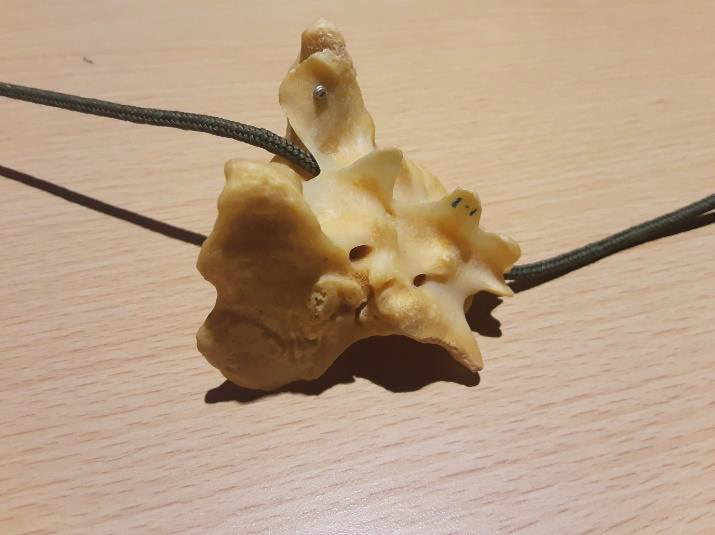 And finally, the 5th region of the spine is composed of the caudal vertebrae which make up the tail. There are roughly 20 but this varies depending on the breed of dog as well as the species. 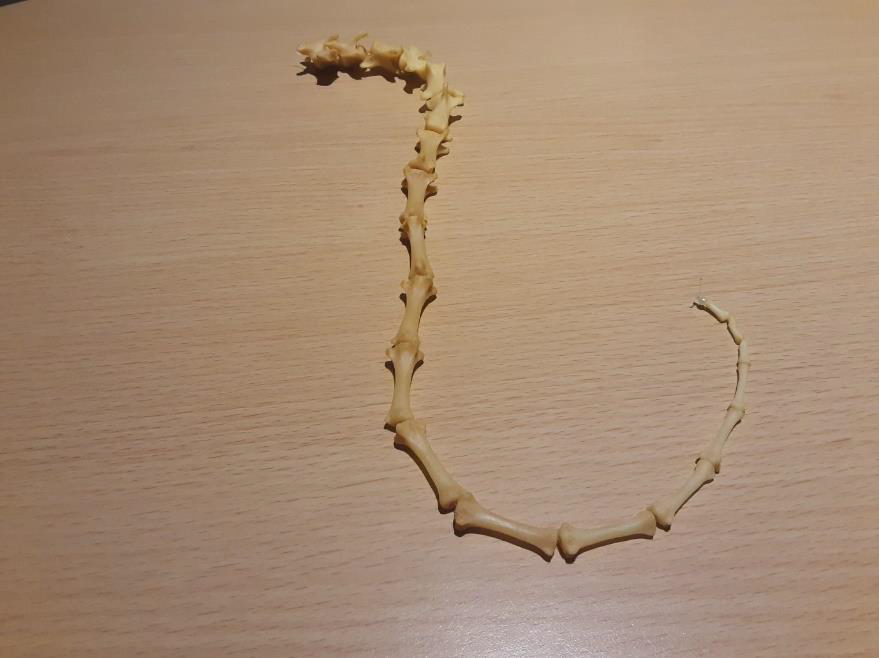 And there we have all the bones of the canine forelimb, hindlimb and spine. Now test your knowledge by completing the activity worksheets!

Test your knowledge of the canine skeleton by identifying all of these bones.

Answers to the bone identification worksheet.

Test your knowledge of the main muscle functions and attachments of the canine forelimb and hindlimb.

Answers to the bone identification worksheet.